Put a face to the voice! 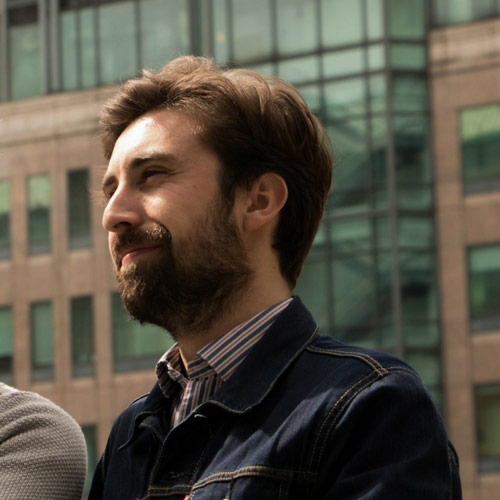 Jack has been the principal co-host of Tech Talks since January 2019 but will happily admit that he's still not a tech expert! But he does have a huge passion for technology and how it serves us on a day to day basis, how it improves our livelihood and how new innovations can change perspectives and ideals.

He is a huge fan of augmenting the human body, using tech to take away the mundaneness of everyday tasks and also how tech can save our world from the threats of climate change. He, like all of us at Tech Talks,believes tech can save the world. He is regularly imploring our community to stay clear of the scaremongering media when it comes to tech.

When he’s not meeting Dave to record, running along the Limehouse to Victoria Park canal or annoying his girlfriend Rosi, he is a Proposal Writer at Accruent.

He's a writer with a creative spark; he often composes poems, short stories and blogs. Jack is an avid fan of a gritty series or an engrossing film, especially Sci-Fi, Crime and Comedy; Westworld being a recent favourite, he states about the dystopian-AI nightmare “if you’re a fan of Augmented Reality it doesn’t get better than that”. He will regularly tell you that all techies should watch Silicon Valley and Black Mirror.

Due to age and upbringing Jack is something of millennial lefty, due to being disillusioned he is also an Arsenal fan.

Thank you! Your submission has been received!
Oops! Something went wrong while submitting the form.